With legendary Hip-Hop group, ampoule Wu-Tang Clan finally set to release it’s long-awaited and highly anticipated next group album, for sale A Better Tomorrow, troche on Dec. 2nd, it should come as no surprise one of the Clan’s best and most recognizable names, Ghostface Killah is one of the first clan members to start another string of solo releases to capitalize off the groups latest album and start what maybe possibly the Clan’s last big run/takeover of major releases.

As Tony Starks announced his next solo album, 36 Seasons, which is set to drop next month on Dec. 9th earlier today via a press release and provided us with the albums first single, Love Don’t Live Here No More featuring Kandace Springs. Like his last album he released in 2013, Twelve Reasons To Die, this will be another concept album from Ghost and be released via Salvation in conjunction with the legendary Tommy Boy Records.

According to the press release the concept of the album is that Ghost will play “a Hip-Hop superhero,” who is “a Staten Island vigilante inspired by a quest for personal retribution and bent on saving his community from the grips of crooked authority and urban decay.”

Like Twelve Reasons To Die, their will be a special packaging, which will feature 20 pages of images from comic artists that was produced by Matthew Rosenberg, who also was the creator of the Twelve Reasons To Die comic. Below there is a list of the star-studded guests set to be featured on the album and a movie-style poster for the album. 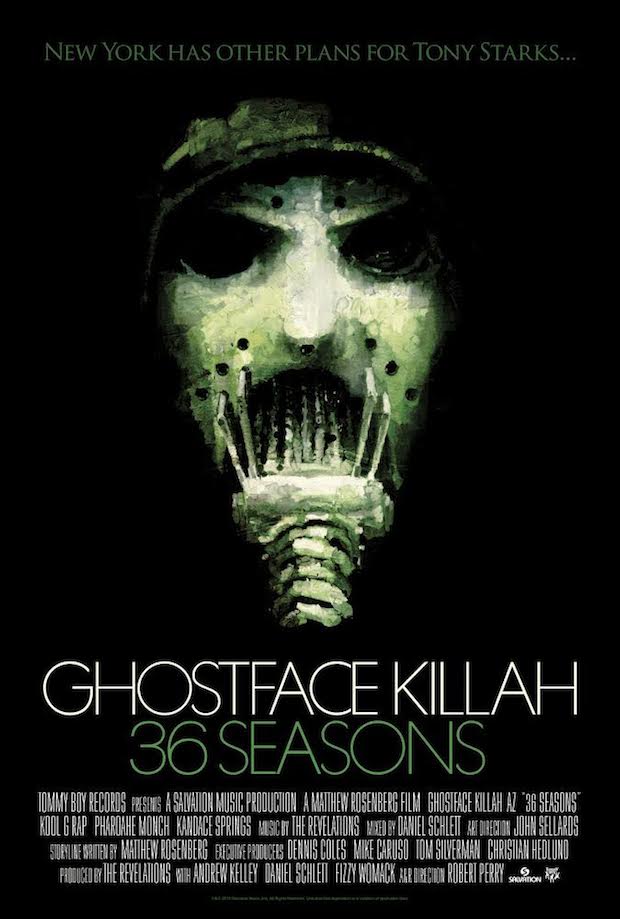