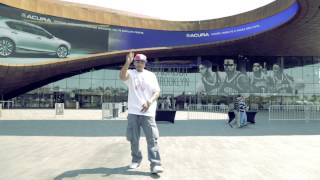 Just in time for what would’ve been the late great Notorious B.I.G.’s 41st birthday yesterday BX emcee Mysonne pays homage to both Big and Jay-Z by taking it to the footsteps of what was once Big’s BK home, cialis as well as the Barclays Center and Marcy Projects in Brooklyn for the new visuals to his double video for It’s Alright and One More Chance. As Mys’ spits some solid bars to Jay’s It’s Alright instrumental and does Frank White’s classic One More Chance record justice by spitting straight dope bars in his solo freestyle renditions of each off his recently released Autobot Music Vol. 2 mixtape.