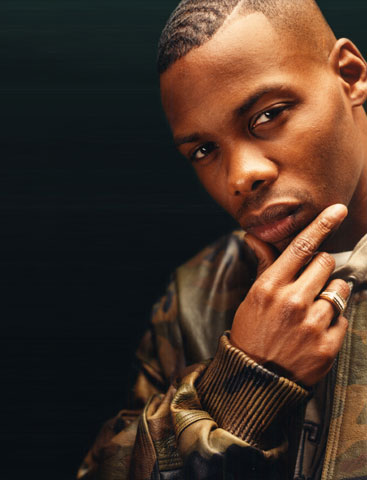 Cormega, real name Cory McKay, grew up in the Queensbridge Housing Projects, forming childhood friendships with future rappers such as Nas, Mobb Deep, Nature and Capone-N-Noreaga. Noted for his vivid and poignant narratives about inner-city life, Mega gained notoriety in the 90s, despite still being incarcerated, following a shout-out from Nas on his song “One Love” on the classic Illmatic album.

After his release from prison in 1995, Cormega became determined to pursue rapping. Nas featured Mega as a guest on “Affirmative Action” from his second album It Was Written. From there Cormega started his own record company, Legal Hustle Records and dropped the two aforementioned releases.

HHD: Tell us about the album?

Cormega: I got to test my creative chops on this album. Fuzzy Womack produced a song, but I felt that it was missing something so he went out & got a saxophonist to play on the hook. I had a vision so a few producers were bought in that I felt could make it possible. There are no diss records, I am at a good place in my life so everything is positive. I worked with 11 different producers. The album is like a book, Crisis produced the prelude. Large Professor, Easy Mo B, Havoc, Lil Fame of M.O.P & Pete Rock. It is very different from my other 2 albums.

HHD: How have you grown personally and artistically since your last album in 2002?

HHD: Who did you collaborate with on the album?

Cormega: I did songs with Tragedy Khadafi, Grand Puba, Red Alert, Parrish Smith. I did a
song with Big Daddy Kane called Mega Fresh X & a song featuring and produced by Havoc called “Love your family”, its about women and relationships.

HHD: Are you still with Legal Hustle?

Cormega: Of course I’m gonna always be with Legal Hustle because that’s mine.

HHD: Who are you currently managed by?

Cormega: I manage myself. I have help and input from everyone but most of my career decisions are made by me. I read my own contracts etc…

HHD: Do you see yourself going back into the mixtape circuit?

Cormega: The mixtape circuit wouldn’t be beneficial to me. I’d rather stay mainstream. In order for an artist to do well on the mix tape circuit they need a great team and support. Drake had Wayne backing him so his mixtapes were a lot more successful than the average artist who doesn’t have as much power behind them. The internet has made it much harder for artists to sell their mix tapes. I am totally against doing anything that doesn’t generate revenue. I’m too established to go back on the mix tape circuit. The vice president of one of the biggest record companies once told me “The internet loves to hate but hates to buy”.

Cormega: There really isn’t a relationship between me and Nas. I mean there’s no beef but we’re on two totally different playing fields. Nas is on a completely different level.

HHD: How do you feel about the current condition on hip hop?

Cormega: 2009 was one of the biggest years for hip hop in a long time. So many rappers had a big year- Jay-Z, Rick Ross, Fabolous, Eminem. This year has been phenomenal, I feel really good about this year.

Cormega: I feel like there’s room for everybody. Rappers like Soldier Boy are young and successful, I’m in full support of that. Cormega supports anybody tryna make money make money in the game.

HHD: Why do you think the South blew up the way that it did within the last few years?

Cormega: The South blew up because they were moving the most units. Its all about money. Labels in NY weren’t even signing artists from NY at one time. I have no problem with rappers from the South I just don’t like the blatant disrespect. There’s also more unity among artists in the South. NY rappers have too much pride to bond together. I was at the Source awards one year and I saw rival rappers from the South performing on the same stage. NY fell off the top because of jealousy, hatred and animosity.

HHD: Who are some of your favorite rappers from the South?

Cormega: Scarface, Outkast and UGK are some of my favorite artists.

HHD: Why do you think there’s a shortage of female rappers?

Cormega: The reason there’s a shortage of female rappers is because its hard to market them and labels won’t sign female rappers because they don’t see longevity. It worked for Kim and Foxy because they were a double-edged sword. Labels feel they have to oversexualize females in order to market them. Look at Brats last album cover and compare it to the others before it. That’s a prime example. After awhile people just start looking at them as sexual objects. I respect female rappers like Remy Ma, Rah Digga and Jean Grey who remained individuals regardless of how hard they were influenced by the record labels or even society to take their clothes off. The major labels ruined it for female rappers.

HHD: Are you going to come out with another album?

Cormega: I’m gonna continue to make albums as long as I have an audience.

Cormega: Oct 20th Mega is in the building.