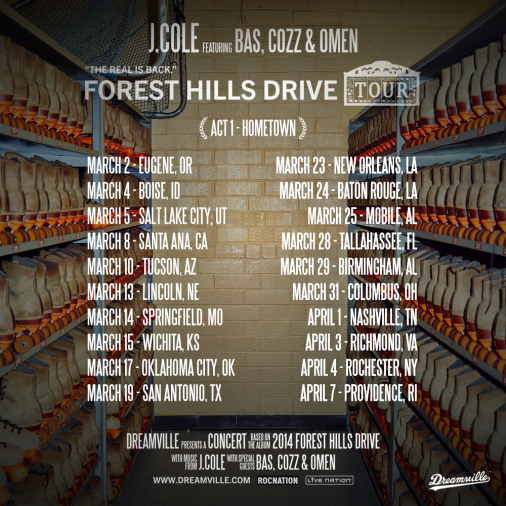 “The Real Is Back”  With the huge success of his latest critically acclaimed album, 2014 Forest Hills Drive, Roc Nation emcee J. Cole has finally decided to go on tour in support of the album.  Released last December with the unconventional way of no singles and virtually no promotion before it dropped, the album become the highest charting album to date of his career with 371,228 sold in it’s first week to land him a number one spot on the Billboard 200.  The tour starts next month and will feature Jermaine’s Dreamville Records crew/label.  There will also be several acts to the Forest Hills Drive Tour with fellow Roc Nation rep Big Sean, as well as Jhené Aiko, Pusha T and other special guests on each act of the tour.  Full dates of the tour can be seen below. 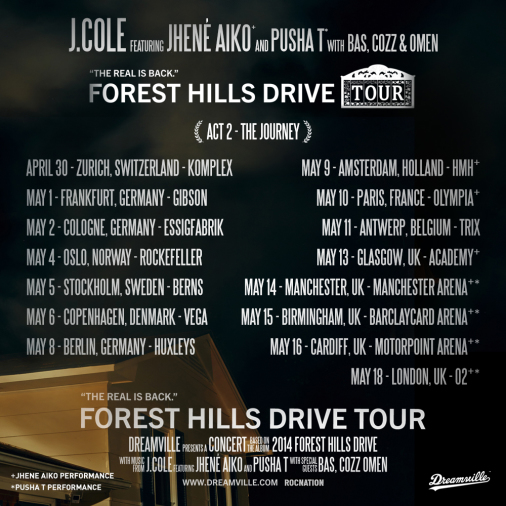 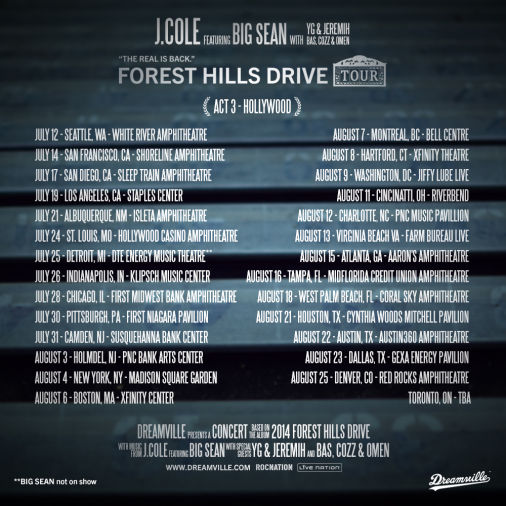