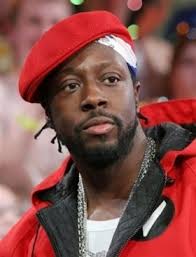 Wyclef Jean is reportedly considering running to be the president of Haiti.

The Fugees member’s family issued a statement suggesting that he is currently mulling over the possibility of bidding to become the leader of his home country which will be decided in an election is scheduled for November 28.

“Wyclef’s commitment to his homeland and its youth is boundless,” his family told Sky News. “And he will remain its greatest supporter regardless of whether he is part of the government moving forward. If and when a decision is made, media will be alerted immediately.”

Any presidential bid must be registerd in the country before August 7. Rene Preval, the country’s current president, cannot seek re-election under the country’s laws. Wyclef himself would have to prove he has lived in Haiti for five years in a row and has not been a citizen of any other country. He was born on the outskirts of the capital, Port-au-Prince, but was raised in Brooklyn, in the US.

The musician has been a long-term political aid figure in Haiti, and organised benefit concerts to help the victims of the earthquake that struck the country in January.