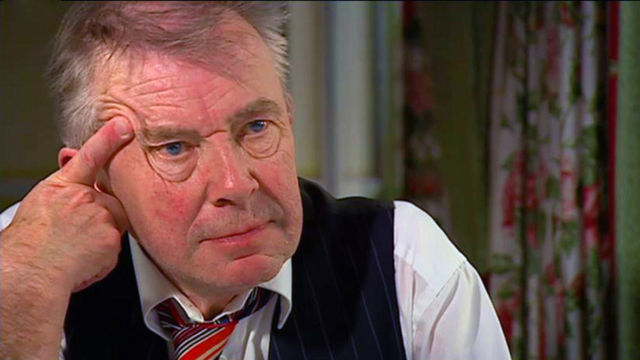 Veteran BBC broadcast journalist Ray Gosling was arrested today after admitting on his show that he killed his gay lover. The 70-year-old confessed to smothering his former lover, who was dying of AIDS., in a shocking live newscast.
During a taping of the 30-minute BBC show “Inside Out,” Gosling related to his show’s television audience about the terrible pain that killing his partner had caused.
Gosling, known in Britain as a professional journalist and gay-rights activist, said that he killed the unnamed man in the midst of taping a television program earlier in the week.

Gosling confessed that he suffocated his former lover with a pillow while he lay dying in his hosiptal bed. In the United Kingdom mercy killing is a felony punishable by up to 14 years in prison.

According to The Independent, he stated during the taping:

“Maybe this is the time to share a secret that I have kept for quite a long time. I killed someone once. He was a young chap, he’d been my lover and he got AIDS.

“In a hospital one hot afternoon, the doctor said ‘There’s nothing we can do,’ and he was in terrible, terrible pain.

“I picked up the pillow and smothered him until he was dead. The doctor came back and I said ‘He’s gone’. Nothing more was ever said.”

Gosling has not identified his former lover nor has he provided the date and time of the alleged killing. The case against Gosling has renewed the debate on euthanasia.