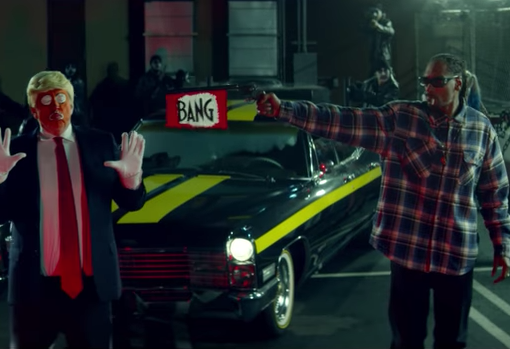 If you thought BADBADNOTGOOD’s original record for Lavender with Katryanada was something eeiry and crazy, then wait till you hear the remix for it with Snoop Dogg that dropped last night.  Dubbed the Nightfall Remix, it finds Snoop doing something he rarely does by getting political and letting his thoughts be known on the current state of the insane world we live in here in 2017.

Whether it be the clownery of the United States government with the current President actually winning the presidency or the continued police brutality in neighborhoods around the United States, Big Snoop and the directors for the accompanying visual, YouTube star Jesse Wellens and his co-director, James DeFina, they touch on all the craziness that’s the reality of this crazy insane 2017.

Making the video one that really brings the record to life and is a true piece of art with how much more it plays like a film rather than an actual video.  Which you can watch below.

Snoop having this to say to Billboard about the record/video, “The whole world is clownin’ around, and (Jesse’s) concept is so right on point with the art direction and the reality, because if you really look at some of these motherf*^kers, they are clowns.  I feel like it’s a lot of people making cool records, having fun, partying, but nobody’s dealing with the real issues with this f^*king clown as president and the shit that we dealing with out here.  So I wanted to take time out to push pause on a party record and make one of these records for the time being.”