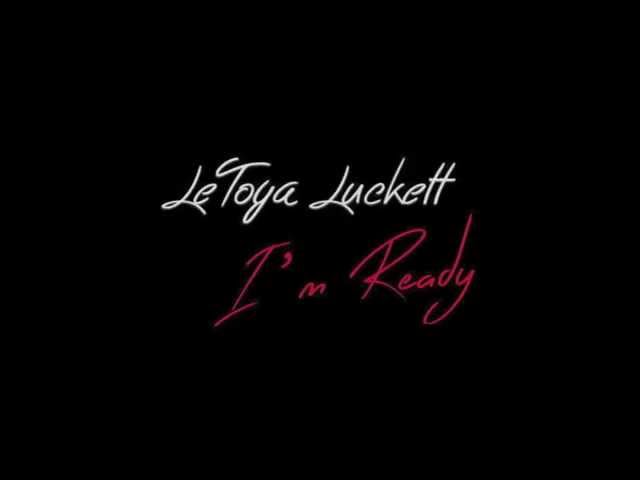 Very beautiful and extremely talented R&B singer/songwriter LeToya Luckett last buzz record, Don’t Make Me Wait, was ironically titled since it’s the last peep of music we heard from her and was released nearly a year ago.  After focusing mostly on her acting career last year and the last almost half decade, it appears LeToya is finally ready to release her third album, Until Then.  Currently set to drop sometime this spring and with her first single from the album still yet to be released, she decided to give her love bugs something to hold them over while they wait with a new buzz record, ironically titled, I’m Ready.  It’s a very amazing one too with the very silky smooth sound and amazingly sultry vocals Ms. Luckett displays over the synth and claps of the steamy D’Mile-produced sultry bedroom burner, which has that classic R&B lovemaking sound we all grew up on and loved.  So it’s no wonder she let’s her man know she’s ready to do whatever he needs in that bedroom setting and that this will probably be a go to record a lot of fellas use on their woman in the future.  Really love the fresh new sound from LeToya and hopefully we can expect more great music like this from the album.  Just like the song says though hopefully she actually is ready to release the album this year and doesn’t make us wait to much longer.