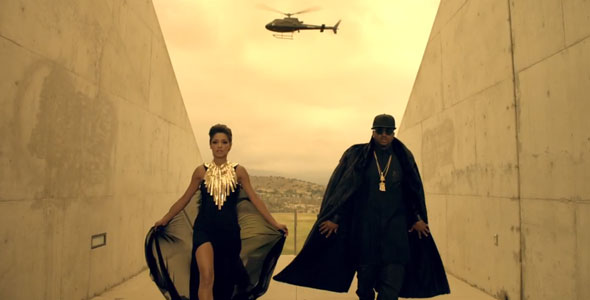 Coincidentally just a day after the original version was leaked to the Internet, singer/songwriter The-Dream released the video to the title track and latest single from his upcoming next solo album IV Play. The really solid Director X-directed visuals finds Terius swooping down from a helicopter with one of his angels to join even more of Terius’ Angels where he serenades the beauties at a huge California high school backdrop that’s built like a mansion to his slippery slow, brooding, bedrooom baby-maker. The video like the song itself really gives you that great old school R&B, feel and tone of a lot of now classic 90’s R&B like R. Kelly, Babyface, Boyz II Men and Jodeci. The record itself is actually a little bit of a play off of Kellz 12 Play.