New Ghostface Killah – Enemies All Around Me feat. The Delfonics 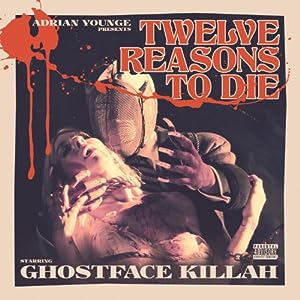 On the third release, Enemies All Around Me, off his upcoming highly anticipated next solo album, Twelve Reasons To Die, Ghostface Killah gives us that great lyrical story-telling, as he schools a young student on the ways of the street and avoiding danger on every corner over the intensely slow-burning cracks of the soulful Adrian Younge beat that’s inspired by a cinematic Ennio Morricone influenced arrangement.  The very soulful track that features a really nice guest hook from William Hart of legendary soul group The Delfonics really drives the point home over the nicely placed ambient guitar groove on a track that sounds like it’s background music straight out of a killer Kung-Fu movie before a big fight scene.  Which is probably why after hearing two of the twelve tracks and really loving what I have heard of the quarter of the album that’s been released so far I’m really anticipating the April 16th release date of the album that much more.  That’s really saying something to with it already being one of my most anticipated not only Hip-Hop albums, but albums period coming out this year before I even heard anything.

Ghostface Killah _ Enemies All Around Me feat. The Delfonics