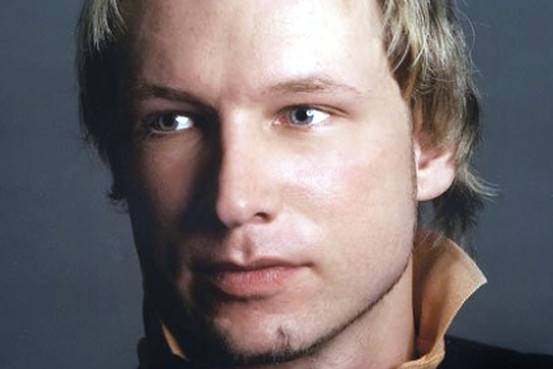 A home-grown terrorist set off an explosion that ripped open buildings in the heart of Norway’s government, and then went to a summer camp dressed as a police officer and gunned down youths as they ran and even swam for their lives.

Police have confirmed at least 84 people were killed in the shooting spree at the youth camp on the island of Utoeya where hundreds of youth were attending an event organised by the youth wing of Prime Minister Jens Stoltenberg’s Labour Party. Police voiced fears that the toll could rise as they searched for victims.

Security was meanwhile tightened across potential target sites in the capital, police said on Saturday, but they lifted an advisory that had urged residents to stay home.

The Oslo blast, in which at least seven people were killed, left a square covered in twisted metal, shattered glass and documents expelled from surrounding buildings in a dust-fogged scene that reminded one visitor from New York of September 11.

Norway’s national broadcaster, NRK, has named the suspect in the attacks as 32-year-old Anders Behring Breivik. He was arrested on the island of Utoeya and authorities have begun interrogating the suspect, police said at a press briefing today.

The man, who has been described by police as a Christian fundamentalist, has been charged with two counts of ‘‘dangerous crime to society,’’ which means he could be sentenced to 21 years in prison, Norway’s toughest punishment, Roger Andresen, deputy Oslo police chief, told reporters today.

According to the TV2 channel, Breivik has links to right-wing extremists and possessed two weapons registered in his name.

A police official said the man appears to have acted alone in both attacks, and that “it seems like that this is not linked to any international terrorist organisations at all”.

The official spoke on condition of anonymity because that information had not been officially released by Norway’s police.

“It seems it’s not Islamic-terror related,” the official said.

The official said the attack “is probably more Norway’s Oklahoma City than it is Norway’s World Trade Centre”.

Domestic terrorists carried out the 1995 attack on a federal building in Oklahoma City, while foreign terrorists were responsible for the September 11, 2001 attacks.

‘‘Never since the Second World War has our country been hit by a crime on this scale,’’ Mr Stoltenberg told a press conference.

‘‘It is a nightmare,’’ he said, speaking of the ‘‘fear, blood and death’’ experienced by young people at the summer camp where the worst of the carnage took place.

At the youth camp, where Mr Stoltenberg had been scheduled to speak today, a 15-year-old camper named Elise said she heard gunshots, but then saw a police officer and thought she was safe. Then he started shooting people right before her eyes.

“I saw many dead people,” said Elise, whose father, Vidar Myhre, didn’t want her to disclose her last name. “He first shot people on the island. Afterward he started shooting people in the water.”

Elise said she hid behind the same rock that the killer was standing on. “I could hear his breathing from the top of the rock,” she said.

She said it was impossible to say how many minutes passed while she was waiting for him to stop.

The shootings happened after the bombing in Oslo, Norway’s capital. A police official who spoke on condition of anonymity said there was at least one unexploded device at the youth camp, and that a police bomb disposal team was working on disarming it with support from military experts.

Ian Dutton, who was in an Oslo hoterl nearby where the blast occured, said people “just covered in rubble” were walking through “a fog of debris”.

“It wasn’t any sort of a panic,” he said, “it was really just people in disbelief and shock, especially in a such as safe and open country as Norway. You don’t even think something like that is possible.”

Police said seven people died in the Oslo blast, and another nine or 10 people were killed at the camp, which was organised by the youth wing of the ruling Labour Party.

Rescuers were to search to blast wreckage through the night for more victims, and Stoltenberg said police fear there could be more victims at the camp as well.

Acting national Police Chief Sveinung Sponheim said a man was arrested in the shooting, and the suspect had been observed in Oslo before the explosion there.

Police did not immediately say how much time elapsed between the bombing and the attack at Utoeya, about 35 kilometres north-west, but reports of the shooting began appearing on Twitter about two-and-a-half hours after the bombing.

Sponheim said the camp shooter “wore a sweater with a police sign on it. I can confirm that he wasn’t a police employee and never has been”.

Aerial images broadcast by Norway’s TV2 showed members of a SWAT team dressed in black arriving at the island in boats and running up the dock. Behind them, people who stripped down to their underwear swam away from the island toward shore, some using flotation devices.

Sponheim said police were still trying to get an overview of the camp shooting and could not say whether there was more than one shooter.

He said several people were injured but he could not comment on their conditions.

In Oslo, most of the windows in the 20-floor building where Stoltenberg and his administration work were shattered. Other buildings damaged house government offices and the headquarters of some of Norway’s leading newspapers.

Oslo University Hospital said 12 people were admitted for treatment following the Utoeya shooting, and 11 people were taken there from the explosion in Oslo.

Stoltenberg, who was home when the blast occurred and was not harmed, visited injured people at the hospital late Friday.

Earlier he decried what he called “a cowardly attack on young innocent civilians.”

“I have message to those who attacked us,” he said. “It’s a message from all of Norway: You will not destroy our democracy and our commitment to a better world.”

Sponheim would not give any details about the identity or nationality of the suspect, who was being interrogated by police.

Stoltenberg said “we don’t want to speculate” on whether a terror group is responsible, and said some groups may take responsibility “to appear to be more important than they are”.

The attacks formed the deadliest day of terror in Western Europe since the 2005 London bombings, which killed 52 people.