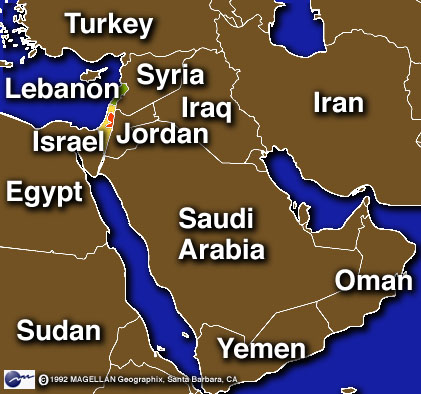 In another military dominated north African state with a long-term authoritarian ruler, the Egyptian drama came on the eve of pro-democracy protests that could turn violent. “Even with Mubarak’s departure, it’s not certain that everything will be immediately resolved,” said historian Daho Djerbal. “But a shockwave is running through all the societies of this region, and other despots will go. There is an idea of the birth of a new republic in which sovereignty is being returned to the people. The people are becoming aware of their power. In Algeria it’s slower than elsewhere because we only have a very young new middle class, after it was destroyed under colonialism.”

Four weeks after Tunisia’s own revolution, the news from Egypt was received with joy. “There has been an explosion of joy on the streets of Tunis. People are gathering outside the Egyptian embassy to express their happiness,” said Abdelraham Hedidhi, a trade unionist. “There has been a great breath of revolution blowing on the wind across the region and Tunisians are very proud to have played their part in starting it. Mubarak’s departure will help us in our efforts to set up our own democracy. Because of the power and importance of Egypt in the Arab world, other countries will follow: Yemen, Jordan, Algeria. There is a new power to the people.”

Six weeks of calls for political change have led to a tense truce between Jordan’s monarchy and a restless opposition. Central Amman, which has played host to waves of protests in recent weeks, was alive with talk of Egypt and the rapid success of the region’s rage against the regimes. Former deputy prime minister Ayman al-Safidi was confident that the people’s demands could be addressed through reform rather than revolution. “The old guard has been forceful in protecting their interests,” he said. “We have to be much more assertive in pushing for the type of reforms that we are going to have. We cannot stand still in the face of time.”

Israel will now be uncertain about future relations with Egypt. The peace treaty between the two countries that has been in place for more than 30 years has not exactly made them warm allies, but the peace has held. Israeli ministers have been warning for almost three weeks that regime change in Egypt could end the “cold peace” between the nations. Their worst fears are that the Muslim Brotherhood will gain in power and influence and Egypt will adopt a hostile attitude towards the Jewish state. There was no immediate reaction to Mubarak’s resignation from the prime minister’s office. Binyamin Netanyahu has been telling international counterparts that Israel expects any future Egyptian government to honour the peace treaty and that the international community should be making that clear.

Hamas called on people to rally all over Gaza on Friday night to celebrate Mubarak’s resignation. People were raising Egyptian flags, and some Hamas fighters have fired weapons into the air since the announcement. Mahmoud Zahar, a senior Hamas leader in Gaza, said Hamas hoped to benefit from the developments, calling for improved relations between Egypt and the Islamic movement. The Muslim Brotherhood, Hamas’s close allies, “are present everywhere”, he said. He would not be drawn on whether a new Egyptian regime may wish to review the peace treaty it signed with Israel more than 30 years ago. “There is no clear picture about the new government, but it will be controlled by the army to begin with,” he said. “We are hoping to benefit.”

Guns were fired into the air in the Shia Muslim stronghold suburbs of south Beirut last night as residents celebrated the news. Mubarak had been the subject of regular taunts from Hezbollah’s Hassan Nasrallah, particularly over Egypt’s strict control of the Rafah border crossing in southern Gaza, which was rarely opened to allow Palestinians to cross. In the predominantly Sunni Muslim west Beirut, the public reaction was muted, although there was keen interest in cafes and bars where television coverage of the momentous events in Cairo was screening continuously.