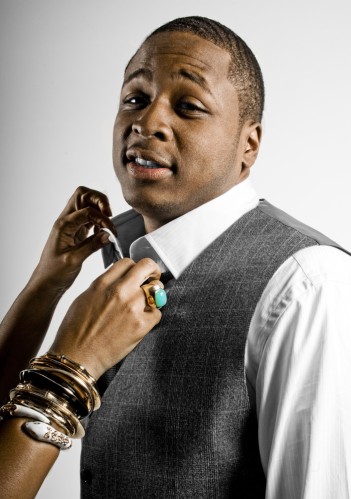 Earlier this morning (October 11), it was revealed that Young Chris was no longer a free agent. The Young Gunna announced that he signed on a joint venture with Division 1 and Universal/Motown; the first artist signed to the newly formed Division 1, a company owned by singer/songwriter/producer Rico Love. The former Roc-A-Fella rep spoke to XXLMag.com this afternoon all about his new label deal.

“A month or two ago, Rico reached out,” he said. “He had seen some of the viral videos that I had shot. One of the first things he said to me was like, ‘Yo, I almost forgot how nice you was! What’s the [label] situation? What’s going on? I told him, ‘I’m free.’ I had two [other] deals on the table at the time.”

Love then began to lay down a game plan with Chris. “He said, ‘I’m confident, just gimme a little time. I’m ready to get a deal over at Universal—a 50/50 joint venture [with] Division 1.’ I told him [I was on board], and he flew out the next day,” he continued. “The following day, we drove up to New York to meet with [Motown President and Universal Executive VP] Sylvia Rhone. Two days after that I was out in Miami recording records. The chemistry [between me and Rico] kicked in right away.”

Chris thanks the Internet for helping him to not fall through the cracks in between deals as a casualty of the Roc-A-Fella break up. “The Internet was a blessing for me from day one. Some people say it’s a gift and a curse—in my case, it was a gift,” he insists. “That’s what kept me relevant over the years since the Roc-a-Fella break up.”

Next will be the mixtape, The Reintroduction, due out November 20. Chris also says expect to hear a single for the album by early next year. – XXL