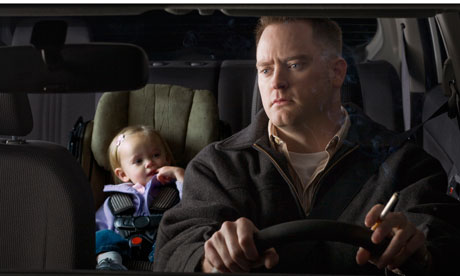 A 2006 public smoking ban in Scotland reduced the number of serious childhood asthma attacks by 18 percent per year, researchers reported on Wednesday.

Before the ban imposed in March 2006, the number of hospital admissions for asthma was rising by 5 percent a year among children under 15. The after-ban benefits were seen in both pre-school and school-age children.

Critics had said the ban could force smokers who could not light up in the workplace or in enclosed public spaces to smoke more at home, increasing the risk to children.

Dr. Jill Pell of the University of Glasgow, who worked on the new study, said the findings in the New England Journal of Medicine show that did not happen.

“The evidence we have from Scotland is that it had the opposite effect. People are generally more accepting of the need to protect nonsmokers and vulnerable groups such as children,” Pell said in a telephone interview.

“Children were being exposed to less secondhand smoke. We went into the study hoping we would see some health benefit coming out of that.”

Previous research showed the Scottish smoking ban also reduced breathing problems among bar workers, even those who continued to smoke.

The Pell team based its conclusions on nationwide data on childhood asthma hospitalizations and asthma deaths from January 2000 through October 2009. Only five children died from asthma during that period.

The number of admissions was decreasing at the start of the study but it began moving upward in 2002. It peaked in 2006, a few months after the ban, before turning sharply downward.

The database did not allow Pell and her colleagues to directly determine if the decline in hospitalizations was due to less exposure to smoke in the home or in public, or whether school-age children themselves smoked less.

In the United States, parental smoking is believed to be responsible for more than 200,000 childhood asthma attacks per year, they said.

More than half the states in the U.S. ban smoking in most enclosed public places. Two thirds prohibit it in workplaces.