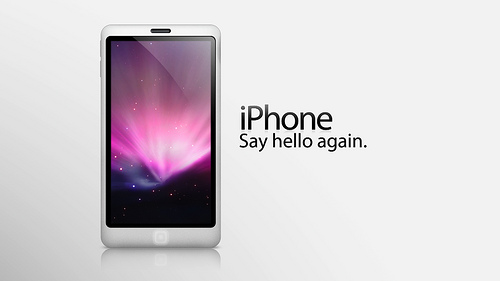 Now that some of the hype is dying down about the iPad, we can turn our eyes back to our treasured iPhone. Those of us that own one or are thinking about purchasing one, the newiPhone fourth generation has been eagerly anticipated. Since the previous iPhones have not featured a camera flash, it’s news that the 4G is expected to have one, thus encouraging the amateur photographer in us.

Apple has shown alot of new features but what about the flash camera have you heard? Some readers from Apple Insider discovered in the SDK a new framework with references to functions called “AVCaptureDevice.hasFlash, AVCaptureDevice.flashMode and AVCaptureDevice.hasTorch. “A torch is what the English call a camera Flash.

A flash on LED cameras is not all new. Some of the higher-end HTC and Nokia handsets actually have dual-LED flashes. So, it’s with much anticipation the iPhone 4G will be greeted.