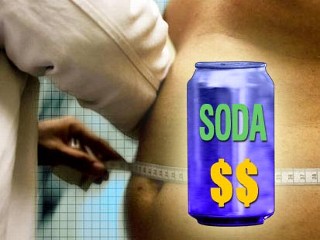 Philadelphia Mayor Michael Nutter has announced a plan that he thinks will raise money for the city and encourage healthier diet habits  of people inside the city.  In short the mayor has proposed a tax of two cents per ounce of soda.  He is also  planning on charging money for residential trash pick up.

The theory behind this is noble and commendable. To raise money without cutting city programs or jobs. The reality is that  this could be  a political time bomb and if it becomes a reality it could explode in the November  Mayors elections and in the city council elections to come.

Currently, advertisements to supermarkets use soda as a loss leader. They run specials on soda to get you into the store where they hope you will purchase other  things as well. This is especially true around the summer holidays, such as Memorial Day, July 4th and Labor Day.  Companies are downsizing and holding the line on pay raises for employees. People are making less money and have less to spend.

The way people will deal with this will have a backlash on the city and could cost many jobs in the private sector. When people that are close to the border of Philadelphia such as Bucks, Montgomery or Delaware County decide to not go to the supermarket in the city and elect to visit a suburban store, they will not be purchasing just soda, they will be  buying their entire food order.

It is not feasible to station police outside the stores on as spotters and stop them as they cross into the border with their soda. It is not a crime and even if it was,  it would be unenforceable. You would be turning everyday people into criminal smugglers. It is fair to say that idea will never come to fruition. What will happen is a dramatic loss of business for local stores. People will not cut out soft drinks, they will buy them else where.

The Coca Cola and Pepsi  both have huge bottling plants in the city. Jobs would be lost as routes would be cut.  They would just pile more stock for their suburban stores.  Stores in the city would not be buying as much product.

Food establishments would also suffer. They would have to stop offering free refills.

The fee for trash pick up would lead to people taking their trash to a street across the neighborhood at 3:00 AM or dumping it in an apartment house  trash bin. That’s if they were nice about it.  If they had no extra money they would simply dump it on a vacant lot.  Let someone else pay for it. after all, go read the third paragraph. Money is tight. There is no more money being made. Desperate time call for desperate measures.

The trash fee could also lead to violence to those who are caught dumping trash on another persons property. Who would pay this fee and what happens to those that don’t pay?  What about landlords? Could this lead  the way for private trash pick ups on residential streets? The union would not be too happy with that.

Lobbyists are being hired and consultants are being retained for both sides of this issue.  The bottom line is it could be for naught. If this does get passed into law,  the most unqualified candidate for mayor would win in a heartbeat simply by promising to repeal the soda tax and trash fee.