Game takes his Jay-Z beef (mancrush) to the mass market 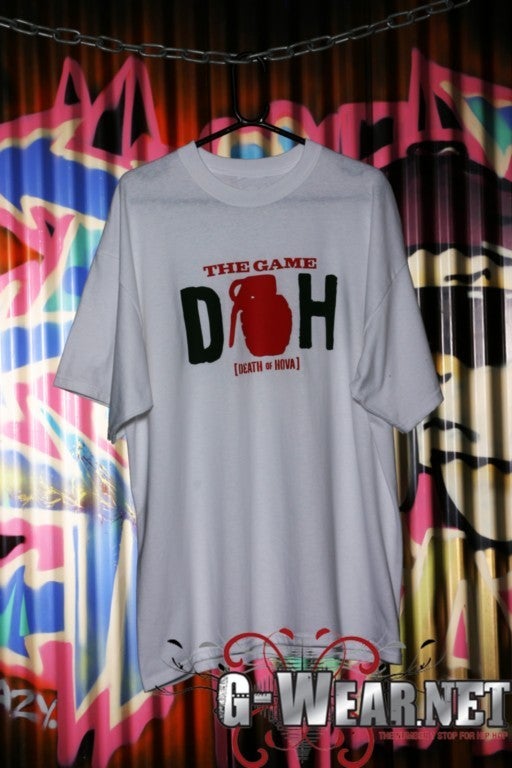 The Game gets points for persistence that’s for sure. The man that rallied quite a few people behind him with his “G-UNOT” campaign is now moving on to a new chase phrase and marketing scheme. The DOH movement which stands for Death of Hova (Jay-z not god) has been initiated through the Twitterverse and we know nothing is official until it’s been tweeted and retweeted right?(insert sarcasm).

Available in black and white, at least the Game will make some financail gain off these situation regardless of if Jay-Z responds or not.  Although rumors continue to swirl that Jay-Z is cooking up a reply track titled “Groupie Love”. Only time will tell, but I won’t be surprised if Jim Jones isn’t the first person to sport this item.