HIV/AIDS and its effect on Black People. 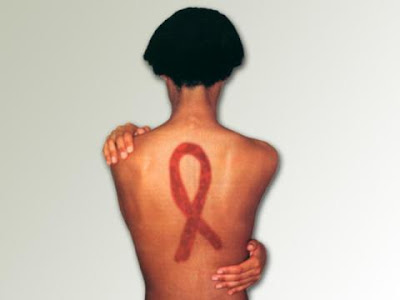 Here is the deal: If the entire world’s population was infected with the HIV virus and no one received a vaccine for the virus what would happen eventually over time? Well, obviously people will die. Maybe eventually everybody, right? Most people would say that if everyone is infected with the virus then the outcome is obvious.

Ok, but there is a twist. There are individuals within one race of people who have a unique genetic mutation which prevents HIV from entering their cells and infecting their body. This is a FACT that very few people know, not everyone would die if the entire world was infected.

Well what is this genetic mutation and who has it and who doesn’t? Well its Called Delta 32 and CCR5 and yea only white people have it, SURPRISE SURPRISE.

Dr. Stephen O’Brien of the National Institutes of Health in Washington D.C. put together an international team of scientists to test for the presence of delta 32 around the world. “Native Africans did not have delta 32 at all,” O’Brien says, “and when we looked at East Asians and Indians, they were also flat zero.” In fact, the levels of delta 32 found in Eyam were only matched in regions of Europe that had been affected by the plague and in AMERICA, which was, for the most part, settled by European plague survivors and their descendents. For those that may not know what Eyam is, it is a small village in Derbyshire, England. The village is best known for being the “plague village” that chose to isolate itself when the plague was found in the village in August 1665,

You can go to the following to read more about this theory:
http://www.pbs.org/wnet/secrets/case_plague/index.html

I guess when black people finally wake up about 80% of our population will be dead and it will be too late. This is simply population control of a targeted group of people within the U.S. I remember reading about how some congressmen even had bumper stickers on their cars “Aids killing all the right people” during the early 80’s. Back then they targeted the homosexual community the most. At one point AIDS was even known as GRIDS or gay retro immune defeciency syndrome.

But now HIV has proven to be a very effective tool to deal with the “black issue” which America has faced for so long. Especially after the embarrasing civil rights protests and black power movements of the 60’s and 70’s. Allowing us limited freedoms to dwell and then the “noise” only to eliminate them slowly biologically over the coming decades. Can’t have our people actually seeking higher political, social-economic status.  Obama might be the president, but Just because we think our “role” has changed doesn’t mean that it has. Move over die and be replaced by a ever growing pool of cheap mexican labor. I say AIDS is killing all the wrong people.