Kevin Love To Have New Surgery! 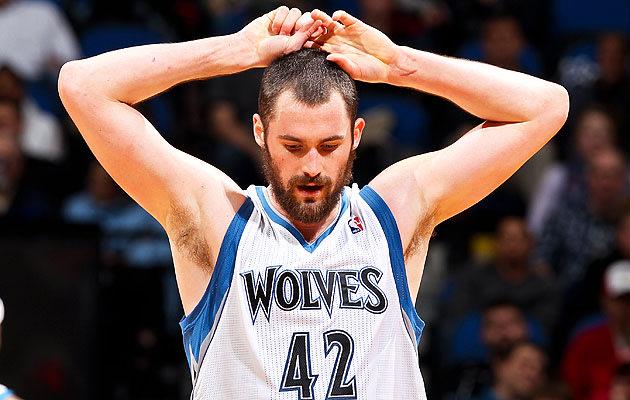 In a season that was pretty much lost from the jump, it’s now official that Minnesota Timberwolves All-Star power forward Kevin Love will not play anymore this season.  As the Timberwolves announced Monday night that Love will be having arthroscopic surgery to remove a buildup of scar tissue in his left knee that will take about four to six weeks to heal.

The surgery is the latest in a very disappointing injury-riddled season for the Timberwolves star forward that limited Love to only 18 games after breaking his hand twice and which he averaged just 18.3 points and 14 rebounds, as well as a career-low 35.2% shooting from the field.  Obviously not the type of numbers you want after coming off such a great year as last season.

Love was coming off a breakout 2011-2012 season that saw him make his second consecutive All-Star team and fresh off being a key contributor to the United States olympic team capturing Gold in this past summers Olympics in London.  He went into this season hoping to be a major key part in helping the Timberwolves get back to the playoffs for the first time since 2004.

But his first injury to his right hand occurred just right before the start of the regular season and forced him to miss almost the entire first month.  He than came back ahead of schedule before breaking his hand again and pretty much being forced to miss the rest of the regular season, though the Timberwolves had hoped to have him back before the season ended with it just never materializing.

Looking back at it now I’m sure both Love and the Timberwolves wish they wouldn’t have had him come back ahead of schedule, especially with how poorly he was shooting and would’ve just had him comeback when he was supposed to be scheduled to.  The only bright side is that Love will have the full offseason to fully recover now before getting to start training camp for next season.